Civility First...So We Can Work Together 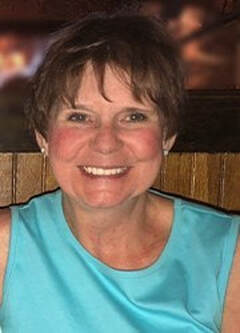 Kate Bracy, Director
​
Kate Bracy is a retired nurse educator living in Clinton.  She spent her career in public health focused on serving vulnerable populations as a nurse practitioner, supervisor, and educator.  She grew up in northern New York, then lived many years in Minnesota, completing her Master’s Degree in Nursing and working as the Adolescent Health Coordinator for the Minnesota Department of Health.  Once in the Pacific Northwest she held positions as nursing supervisor at the King County Correctional Facility and as the Nursing Staff Development Specialist for King County Public Health.  She has worked extensively with individuals and groups interested in improving communication in order to function more effectively together.

Kate is also a medical writer and novelist who hopes to continue writing in her retirement.  She and her partner Anne have lived on Whidbey Island for fourteen years, and look forward to being here for many more.  Her hobbies include quilting, knitting, clog dancing, and collecting hilarious quotations from her three grandchildren, who also live on Whidbey.

Charlotte Fairfield,  Director
​
​Charlotte grew up on a farm in Minnesota until graduating from Parkers Prairie High School.
After graduation, she moved to Minneapolis and worked for an insurance company and later an independent insurance agency.
Charlotte moved with her husband to the Coupeville area in 1980 and they commuted quarterly to Minneapolis to service their business clients for 35 years.  During this period Charlotte went back to college and obtained a BS from City University and obtained her CPA certification.  Charlotte is currently self- employed.
Charlotte fills her spare time with her vegetable garden and crocheting, needlepoint or knitting. 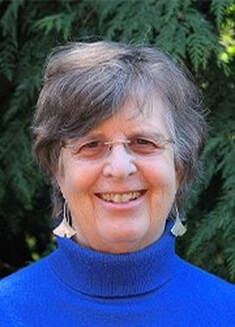 When Civility is a Matter of Faith

“Let’s not forget that American democracy started with ‘We the People’ agreeing to work hard to create ‘a more perfect union.’ We’ve lost the idea that politics begins at home with what happens in families, in neighborhoods, in classrooms, in congregations. We called this democracy into being – and if we want to call this democracy back to its highest values, it’s got to be the us doing that calling. That’s not going to happen if ‘We the People’ don’t know how to talk to one another with civility and hold our differences in a creative, life-giving way.”
Parker J. Palmer

I believe our democratic republic works best when we are able to talk, work through differences and find creative solutions together. So, I am involved with Civility First because the organization is committed to supporting and encouraging civil conversations across social and political divides.

But my personal commitment to work with Civility First is also faith-based. I am a Quaker, and we believe there is “that of God in all people.” There is no caveat in our faith that allows us to seek ‘that of God’ only in people who look like us, share our politics or agree with our moral vision for the world. We are all children of God, called to love one another. A bumper sticker on my car reads, “Love thy neighbor – no exceptions”. But as we all know that is hard to do. So, I value my work with Civility First because it keeps stretching me to listen better, be patient and understand more deeply people with whom I disagree.

There is a Civility First yard sign in my front yard that reads, “Respect others, Listen and Be Kind”. Respect, listening and kindness were the three words most commonly chosen by Whidbey Island residents to describe civility in our 2019 survey of over 200 Whidbey residents. These words reflect both my Quaker values, and the values of Civility First.

During my four years of working with Civility First I have had hundreds of conversations with people up and down Whidbey Island who have struggled to overcome social and political polarization. These people dread Thanksgiving dinner with an opiniated uncle, avoid having coffee with a colleague who voted differently and plan to skip the neighborhood Christmas party because of a neighbor whose political yard sign was for someone they didn’t vote for. So, our inability to talk to one another is affecting our families, our workplaces and our neighborhoods. And unfortunately, the gaps between us continue to widen.

Because of Civility First I now have close friends who are conservative and close friends who are progressive. So, it is painful for me when people make blanket statements about ‘the other side’. I have heard liberal friends say, “All Republicans are racists” and have heard conservative friends say, “Talking to liberals is impossible, they all put conservatives down”. And the stresses of the pandemic and the heated elections have exacerbated the distrust and disdain many have for people who don’t think or vote like they do. The political arena in our democratic republic has historically been a place where people with disparate ideals try to work together on behalf of the common good. But for some of us, our politics has become our moral identity, a source of entertainment and a blood sport where winning is all that matters.

We need to find ways to resolve our differences peaceably for the sake of our families, our neighborhoods and our communities. Please consider attending a Civility First workshop, making a donation or becoming a volunteer. We also appreciate the ways you are already supporting our work to help people resolve their differences in ways that are creative and life-giving. 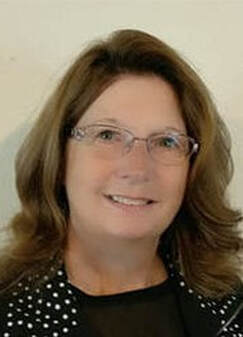 Sandi grew up mainly in the Skagit Valley. She moved to Whidbey Island for the second time in 2010. Prior to her “part time” retirement, Peterson was in turns a Realtor, a property manager, and a small business owner and an administrator.  Her expertise lies in working with small companies to help them reach their full potential.

Active in the Republican Party, Sandi grew up in a family of Democrats. Having spent a good part of her life having conversations with people of opposing views, she knows full well civil discussions about policy can happen.

Sandi has served as a Planning Commissioner for the City of Oak Harbor, is currently serving as a Civil Service Commissioner, is a member of the Patriot Guard and, to honor her family’s legacy, is working to gather the required documents to become a member of the Daughters of the American Revolution. As a former Chairman of the Island County Republican Party, and the current Vice President of the Republican Women of North Whidbey, she enjoys keeping busy with her eye on local and national politics.

Sandi and her husband, Brian, have 4 grown children, 8 grandchildren and 3 great grandchildren. They enjoy watching their family grow and prosper, traveling, playing cards and board games, watching wildlife, birding and each other. 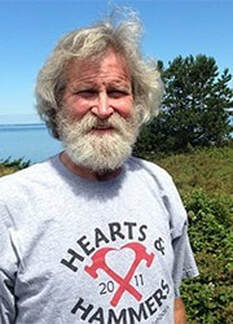 Gary Wray,  Director
​
Gary Wray is a long-time island resident active in Republican politics and civic affairs. He is vice President of the construction company, Wray Brothers LLC and has a commitment to public service with a special interest in housing issues. He is on the Human Services Housing Advisory Board for Island County, the Skagit/Island Counties Builders Association and the Habitat for Humanity Board. He also has an ongoing commitment of many years to Hearts & Hammers and is current president of that North Whidbey chapter organization.